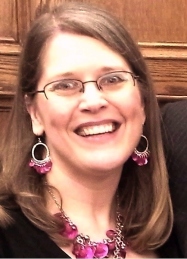 From Ann Arbor, Michigan, Katherine Wilson joins us as one of our many exceptional speakers this year at the NwGC.  Katherine is a professional genealogist, speaker and educator.  Her interest in genealogy was sparked as a Junior Girl Scout trying to earn her “My Heritage” badge and has continued on from there. She will be teaching four classes at our conference entitled: They Didn’t all Come through Ellis Island; Records of New York City’s Emigrant Savings Bank; Sources for Locating Photos of Your Ancestors; and Solving Genealogical Mysteries with Facebook’s 10,000+ links. Be sure to visit Katherine’s website and above all don’t miss out on the great classes that will be teaching, along with the others that will be offered at NwGC. 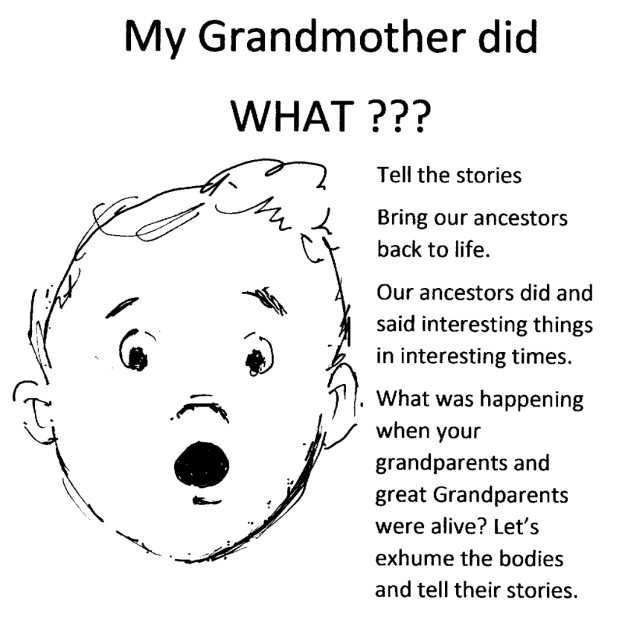 From Lisa:  Grandfather, Herman Bolst, owned a Bakery in Longmont, CO that sponsored a Hockey team

From Phil: Grandfather, Ingolf Quam, left Norway as a 19 year old to travel to his uncles home in Idaho. The only English he knew was apple pie and coffee.

His Great-grandfather, Frank Bartlow worked for the Ringling Bros Circus. He was later killed by a circus elephant in Iowa.

From Bob: His mother Lil learned to be a trapeze artist with Ringling Bros Circus in Bloomington, IL., but was prevented by her mother when she wanted to travel with the circus.

Where does your story begin?

We are excited to have Peggy Lauritzen, AG as one of our speakers at the conference this year.  She will be teaching Genealogy 101:  A Course in Beginning Genealogy on the first day of our conference. This course will be of great interest to those just starting on their family search and also a good refresher for those of us who have been at it for a while. The course is free but you do need to register the Stillaguamish Valley Genealogical Society Website.

Peggy’s parents were avid genealogists and she grew up to love her family’s history.  She has served as a Family History Director and frequently speaks at genealogical societies, workshops and seminars and webinars.  She became accredited over 15 years ago and her area of expertise is the mid-South.  She has recently completed several Legacy QuickGuides on Appalachia, which are also available on www.legacyfamilytree.com and www.amazon.com and is an instructor at Ancestry Academy.  She has also recently been asked to be part of the GenealogyDotCoach consulting team.

Much work is happening to make sure we have a great conference again this year.  We have four great keynote speakers confirmed and are working to get the rest of the speakers and topics firmed up.  It is looking to be a remarkable conference!  Don’t miss out on the Early Bird Pricing – the deadline is coming up quickly, February 15th is the last day to receive the discounted registration fee.  For the latest information on the conference, be sure to check our webpage at http://www.stillygen.org or the Northwest Genealogy Conference Facebook page.

Need gift ideas for the genealogist on your Christmas shopping list?  How about giving the gift of learning and register them for the Northwest Genealogy Conference? The conference will include many well-known speakers that will present a variety of informative and interesting topics. Register now for to take advantage of the early bird price.

Geertruida Sara Theresia de Zwaan was a city girl, born in The Hague in 1884. She married a farmer from Lisse, Johannes van Aalst. He from a long line of bulb growers in the Tulip Capital of Holland. Soon after marrying, they looked for new business opportunities, eventually settling in Kirkland Washington. Half-way around the world, they kept the family tradition of bulb farming, selling flowers to merchants and florists in downtown Seattle. … She was a sweet, quiet, kind woman, who made a wicked split pea soup. She’s in the picture, toward the right, with the two small boys. He’s next to her, with the handsome mustache. The baby on her lap is Rudolf, my father. The Dutch wooden shoes I’ll be wearing to “Dress Up Day” at the Conference won’t be the ones that belonged to Johannes, but they’ll be similar.

The Stillaguamish Valley Genealogical Society Secretary and conference volunteer, Michele Cozad, tells us about one of the vendors that will be at the Northwest Genealogy Conference…

The “Midsummer Night Encounter” was held at this great local museum Saturday night July 16th. If you have ever been interested in local railroads and logging operations this “Little Museum that Could” is a must see! There was a great Washington Wine and cheese/fruit tasting event before the winners of the Silent Auction were announced. SVGS members Dee Saunders walked away with a movie gift box and Michele Cozad received a 2 night family get-away package to the Ocean. Look for the Granite Falls Historical Museum as a vendor at the Northwest Genealogy Conference, August 17th-20th. They will have their great “Snohomish County Map Overlay Program” running non-stop at their table. This software program (in the SVGS Library – Snohomish County #36) is a wonderful account of our county that begins around 1910 – homestead property lines, railroad spur lines, roads, water markers – lakes, creeks, etc – all displayed in an “overlay” format. It’s amazing – stop by their table and check it out!

Dress the way your ancestors may have on Friday August 19 during the Northwest Genealogy Conference. Stillaguamish Valley Genealogy Society Treasurer and Conference volunteer, Larry Taylor, explains what he’ll be wearing…

Dress up day! Okay Larry order your Kilt by your birthday. That was on my to do list. My birthday was 7/21. Opps did not happen. So on 7/24 I am ordering Kilts and having them shipped in 3 days. Kilts you ask? My DNA test (23 & Me) shows my line goes across the US to Virginia then onto Ireland and then to Scotland. I believe that defines me as a Scots-Irish. My Great Grandmother was a Ledgerwood and that is the same route as my Taylor line. I have other great grand parents that all come from Sweden, France, England and Germany. On Friday of the NW Genealogy Conference in Arlington, Washington (Aug 17-20) I will be dressed as a Scotsman. Come join me, let’s have some fun. Larry Taylor, proud to be a Scot!

Gain the tools to build the story of your ancestors at the Northwest Genealogy Conference. This blog post is from conference volunteer Lisa Bartlow…

A civil war soldier, a widow making the journey from Germany to a new land with her seven children in the early 1700’s, an attorney, farmers (lots of farmers!), and a baker just to name a few. The folks on my tree came from all walks of life.

History comes alive as you explore your ancestors and the times in which they lived. Wars, migrations and family circumstances influenced what they did and where they did it.

There are many resources available to help you find out more about your family members. The speakers at this year’s SVGS Northwest Genealogy Conference will share tips and tools to start or expand your journey.

Discover the stories that go beyond the names and dates!

Follow me past the three-headed dog. His name is Fluffy. It’s ok, I know the secret to keep him sleeping. Anne Grimm, the official acquirer and keeper of door prizes, is letting us have another peek behind the heavily guarded door…

Genealogy Bank annual subscription, we have 2 of these and this is another place to find information on relatives.

Genealogy research help books which include the Unofficial Guide to ancestry.com

Newspapers.com annual subscription. With 4100 newspapers to gather information from and they add pages everyday.